British Broadcasters Are Asking The Government To Censor Its Citizens | TechTree.com

British Broadcasters Are Asking The Government To Censor Its Citizens

BBC and Sky wants to crackdown on free speech because nobody trusts them.

As per The Telegraph, top broadcasters and communications providers have called for a new watchdog to "fight" the rising tide of abuse and "misinformation" online.
They said forthcoming government proposals on internet safety were a "golden opportunity" to act against "all potential online harms, many of which are exacerbated by social media".
The elites in the media wholeheartedly believe that only they have the right to shower the plebs with information. So basically, BBC and Sky want to supress any news or opinion not aproved by them.
In recent times, most decent people have been sceptical about the mainstream media due to its forced narrative and selective coverage. Recently, BBC came into scrutiny for not covering the Telford sex abuse scandal. The case was exposed by ordinary people on social media websites such as twitter and Facebook. Little wonder then that these broadcasters want to get rid of the citizen journalists as people turn away from their propoganda machines.
It is an irony that these broadcasters claiming to be the champions of free speech are calling for Orwellian cencorship. They want the voice of ordinary people to be silenced while they try to defend paedophlia from their Twitter account. 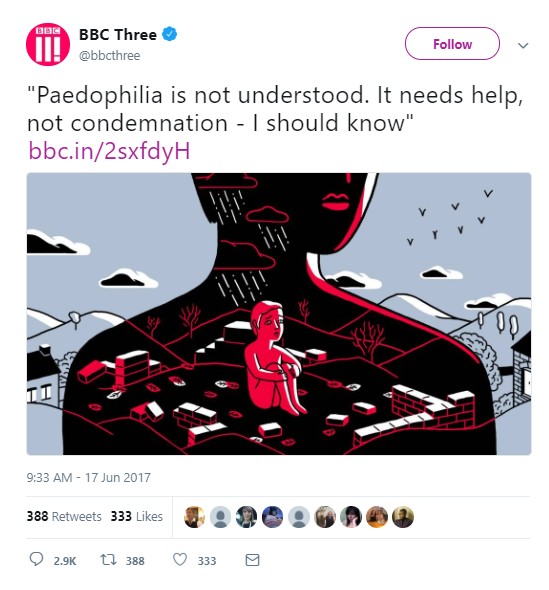