10 Classic PC Games You Can Play On Your Android Device | TechTree.com

10 Classic PC Games You Can Play On Your Android Device

Great old games are truly timeless. Efforts of numerous game developers bringing old PC classics to mobile devices is a testimony to that. Biggest companies, from SEGA to Square Enix, in recent years released mobile versions of their most iconic old games. Some of those games are old enough to buy their own beer. Great old games are truly timeless. Efforts of numerous game developers bringing old PC classics to mobile devices is a testimony to that. Biggest companies, from SEGA to Square Enix, in recent years released mobile versions of their most iconic old games. Some of those games are old enough to buy their own beer.

Whether you are from that era and want to replay those childhood titles, or you are a younger generation player and never had a chance to play those titles – we have compiled a top 10 list of classic PC games available on Android right now. FIFA Mobile Football/Soccer is certainly one of the best football games on Android at the moment. The 2017 mobile version brought better AI, better graphics, and an all new gameplay. Electronic Arts, the developer, has completely redesigned the game exclusively for mobile, hence a smallish download size of less than 100 MB. Baldur’s Gate is a great vintage game inspired by medieval mysticism – all those wizards, heros, dark forces, and monsters. Since its original release in 1998, Baldur’s Gate has set the standard for Dungeons & Dragons computer RPGs. As the developers themselves say, this game is optimized for tablets and not recommended for phones with screen sizes under 7 inches. Baldur’s Gate: Enhanced Edition contains the original 60-hour adventure plus new features like improved UI, dynamic zooming, in-app purchases like new voice sets, and whole new chapters.

An open-world action-adventure by Rockstar North and Rockstar Games, now on mobile (Android and iOS) with a bunch of improvements – high-resolution graphics, support for cloud saves via the Rockstar Social Club, context-sensitive actions such as vaulting over low walls, an extended storyline with over 70 hours of gameplay, and a variety of new cars.

In addition to earlier mobile installments in the series, Lara Croft: Relic Run and Lara Croft Go, the original version of Tomb Raider has been also ported onto Android. An excellent action-adventure game, Tomb Raider I is available as the full, unedited, unadulterated mobile experience updated for touchscreen devices. Among new features, new and original cutscenes, voiceovers, and enhanced original music effects. Highly recommended if you crave some single-player action with epic exploration, acrobatic gunplay, and combats with lethal predators, uncovering ancient artifacts, then this game is your number one candidate. The original Dragon’s Lair hit the upright arcade machines on Laserdisc format back in 1983. Transferred from the original high definition master film, the mobile version features hand-drawn animation adapted from the original smash hit arcade classic. The game is fully compatible with Android phones and tablets (starting with with Android 5.0). Though downloading the full game may take some time after the initial download, you’re in for an awesome retro gaming experience.

Square Enix is among the world’s best developers and they have already adopted many classic titles for mobile. Those looking for jRPG retro games should definitely start with Final Fantasy Tactics: WotL. The games is on the more expensive side, but doesn’t have in-app purchases or advertisements. 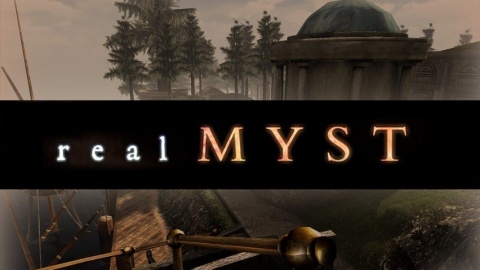 A popular PC puzzle game from the 1990's. Noodlecake Studios ported them both to mobile with a few additions. Additional enhancements include a hint guide and a bookmark saving feature. The game is a pay-once title with no ads or in-app purchases.

Minecraft is an indie sandbox video game and a true hit from a Swedish developer. It is based around building structures in a voxel based world. The game can be played offline and with others over Wi-Fi. A new version of the game added cross-platform play for up to eight players across Android and iOS devices, PCs and other platforms.

WoT Blitz is an MMOG shooter with touchscreen controls with over 100 mln fans worldwide. Now mobile players can enjoy full 3d and smooth gameplay too, if played using a well-specc’ed phone or tablet that is. Blitz is not an exact replica of the PC version, though: Not every tank you know is here (although it does have 250 unique vehicles), and there are no SPGs. The good: players can join 7-on-7 tank battles, participate in tournaments, Android players can play against iOS players among other features. Not exactly a relic title from the past, but a classic game concept turned into an engaging, modern game. Bubble Shooter Classic is an ode to an old-school bubble shooter game with a modern flair that will be great for a player of any age. In the game, you will make your way through unique levels of increasing difficulty while unlocking boosters and rewards. With over 800 challenging levels to play your way through, you’re in for some long-lasting action. You can even challenge your friends and play together for hours on end as you try to beat your friends' score!