Google has unveiled the second iteration of its own Android smartphone. Dubbed as the Pixel 2, the handset features a metal unibody design. It shares a resemblance to its predecessor, but the new one definitely looks more refined. Unfortunately though, Google's best doesn't seem enough to take on the mighty Galaxy S8 and iPhone X. With those bezels, the Pixel 2 already looks dated in front of what Samsung and Apple have to offer. 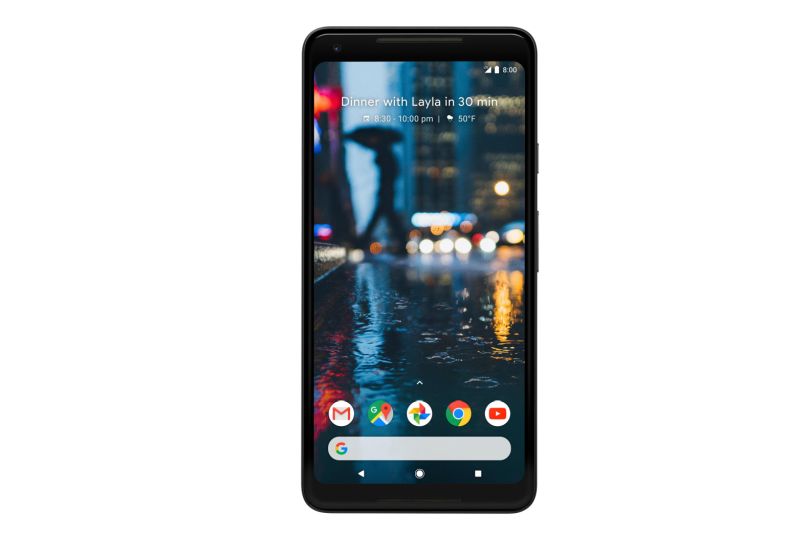 The phone sports a 5-inch Full HD OLED screen. It is a protected by a gently curved 2.5D Corning Gorilla Glass 5. The Pixel 2 is powered by Qualcomm's latest Snapdragon 835 chipset. It is the same one found in the Galaxy S8 and other Android flagship phones. The phone has 4 GB RAM and it comes in 64 GB and 128 GB storage variants. Google has also thrown in a microSD card slot.
In the photography department, Google has decided to go with a tried-and-tested 12 MP rear camera. For some reasons, the company has decided not to jump on the dual-camera setup yet. The main camera is capable of recording 4k video. For selfie aficionados, Google has thrown in an 8 MP snapper. The phone supports 4G VoLTE, which means it can be used on Jio network. The phone covers all essential connectivity features. It packs in a 2,700 mAh battery, which does not seem impressive on paper. However, let us not judge it by numbers yet.
On the software front, you get Android 8.0 Oreo. It comes with a new Now Playing feature, which is exclusive to Pixel. It shows you what song is playing around you. With your permission, it matches music to a database of thousands of songs that are stored on your device, without sending any information to Google.
The Pixel 2 relies on a fingerprint sensor for security. It is IP67 certified, which means it is water and dust resistant. The phone comes in in Just Black, Clearly White, and Kinda Blue. In the US, the base model of the Pixel 2 is priced at $649. There's no word on its Indian pricing yet.