The power bank comes with a ultra slim build and is available on leading e-commerce portals.

Pebble has today announced the launch of its new 10,000 mAh power bank dubbed as the PB44, which features a super slim design profile and comes with ultra-fast charging technology.

The power bank comes at an MRP of Rs 2,750, however, it is available on leading e-commerce portals at just Rs 1,499, the company in a recent press release.

According to the company, PB44 is an ideal gadget for travellers and businessmen alike, that features a never to be seen before BUILT-IN USB Type-C and micro USB Cables for charging multiple devices without the hassle of carrying and losing separate cables wherever you go.

The power bank is merely7 mm thin which is 1/3 slimmer than other power banks in the market and makes it the slimmest 10000mAh power bank. 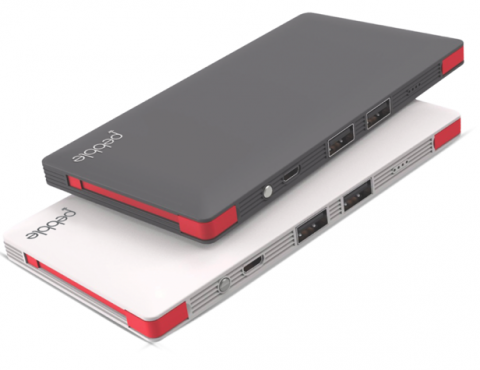 The pocket-sized device packs huge power with4 output ports with each offering DC 5V-2.4A fast charging output. It measures 7x70x135 mm and weighs 230 g which makes it compact and highly portable. Equipped with Li-Polymer batteries that can be charged fully in 3 hours, the power bank supports quick charge with 70-75% conversion rate. The in-built LED indicators for indicating the charge status makes it look even more impressive.

Compatible with all iOS and Android devices, it can charge an iPhone 7 almost 4 times and iPad mini 2 for 1.8 full charges. Pebble’s Ultra Slim PB44 10000mAh Power Bank goes the smart way by making charging hassle-free without the need to carry separate power sources. This highly efficient gadget comes with failsafe against short circuit, over-charging and over-discharging.