Google has, today, announced a new simple and secured mobile app for digital payments and commerce in India, dubbed as ‘Tez’, which is currently available for download on Google Play and App Store.

According to a recent press release, the app was built for India, working on the vast majority of the country’s smartphones and available in English and seven Indian languages (Hindi, Bengali, Gujrati, Kannada, Marathi, Tamil, and Telugu).

Tez works in partnership with four Banks — Axis Bank, HDFC Bank, ICICI Bank, and State Bank of India (SBI) — to facilitate the processing of payments across over 50 UPI enabled banks. 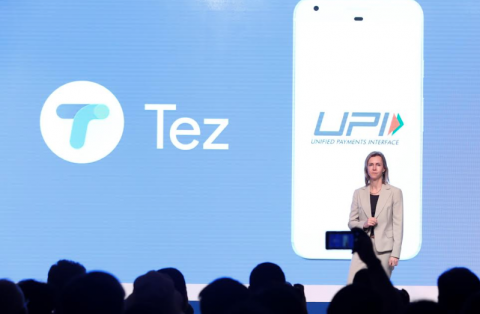 Adding further, the app is claimed to enable you to perform simple transaction on the spot, with its ‘Cash Mode’. You can securely send money from person to person with just a few taps.

By pressing and holding the Cash Mode buttons at the same time, two people using Tez are able to make a secure transaction in seconds without needing to share private details like phone numbers or account numbers. This happens through Google’s proprietary Audio QR (AQR) ultrasound technology . Best of all, recipients get the amount deposited to their bank account instantly.

Tez syncs with the contact list in users’ phones, in accordance with their privacy settings. This way users can start a transaction just by searching for a friend’s name or phone number.