Home » News » BlackBerry KEYone To Launch In India Today For Under Rs 40,000

BlackBerry KEYone To Launch In India Today For Under Rs 40,000 | TechTree.com

BlackBerry KEYone To Launch In India Today For Under Rs 40,000

The phone is set to launch at an event held today at 11 AM in New Delhi.

Who doesn’t know about the Blackberry KEYone that was announced at the Mobile World Congress, this year, in the month of February? Well, it is known for being different that the other BlackBerry phone that we have come across all these days — the USP being Android Nougat operating system!

Now, the company is all set to finally launch the much awaited smartphone in India for an expected price of under Rs 40,000. While the company’s press invite clearly suggests the launch, it doesn’t much mention about the pricing detail. However, we can recall here that the device was launched globally at a price tag of $549. Taking the current currency exchange into consideration, it should be equivalent to Rs 35,212. 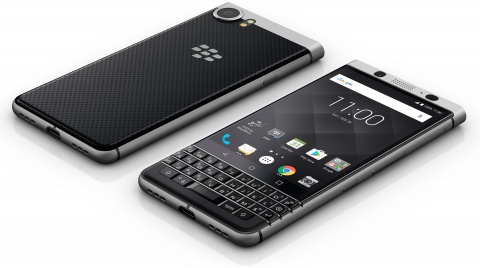 To recall further, the smartphone, on the technical end, comes with a 4.5 inch FHD display screen, while being powered by Qualcomm Snapdragon 625 processor paired with 3 GB RAM and 32 GB ROM. Users can also expend the storage via microSD upto 2 TB.

On the camera end, the BlackBerry KEYone comes with a 12 MP sensor on the rear panel and an 8 MP front facing camera. And, it is also backed by a 3,505 mAh battery with quick charging ability which the company calls as ‘boost’.