Home » News » LG Q6 Pricing Announced; To Be Available In Korea This Week

LG Q6 Pricing Announced; To Be Available In Korea This Week | TechTree.com

LG Q6 Pricing Announced; To Be Available In Korea This Week

The smartphone is said to be available in its home market for 419,100 Korean Won.

We all know about LG’s upcoming smartphone, the Q6, which was announced in July alongside its two siblings, the LG Q6+ and LG Q6a. Ever since the announcement was made, and even before that, the smartphone has been successful in attracting the tech aficionados, thanks to its FullVision Display.

However, the price details were kept unannounced, and it seems like the cat is finally out of the bag. The LG Q6 is said to be available starting this week in its home market Korea while other markets like Asia, Europe, Middle East, and Americas will be followed up in the coming weeks.

Speaking about its price tag, the LG Q6 would be available in Astro Black, Ice Platinum, Mystic White, and Terra Gold color options at 419,100 Korean Won, which is approximately Rs 24,000, reports BGR, quoting a report published on FoneArena. However, for exact pricing and available in each local market, it is advisable to wait until the company announces locally. 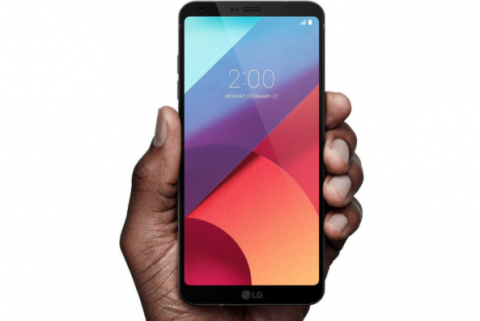 To recall, the LG Q6 comes with a 5.5 inch 18:9 FHD+ FullVision Display while being powered by a Qualcomm Snapdragon 435 processor paired with 3 GB RAM and 32 GB ROM. The smartphone is made up of 7000 series Aluminium and the design has round corners for more durability.

The smartphone also features a 13 MP rear camera and 5 MP front facing camera while it runs on Android 7.1.1 Nougat out of the box. It also comes with a 3,000 mAh battery and supports connectivity options including NFC, WiFi, Bluetooth 4.2, and USB Type 2.