This is the shopping-focused social networking feature that Amazon has been testing out for a while.

The much rumoured shopping-focused social networking feature on Amazon is recently reported to be available on its iOS app. Being called as ‘Amazon Spark’, the new feature is a bit of Pinterest and Instagram mixed with Amazon Prime, claims a recent post published on Gadgets360.

While the company has been seen testing the new feature for a while now, it was launched officially on Amazon iOS app only on Tuesday, and it is said that this is an Amazon Prime member exclusive feature. It is also worth noting that an Android version of the same feature is being planned. 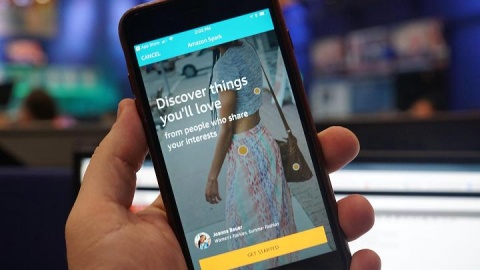 Amazon Spark works pretty much like Pinterest; it allows users to share posts about their interests. However, the main concept here is sell more and connect with customers. These photo-heavy posts shared by customers ideally leads to shopping.

However, according to Gadgets360, Bob Hetu, research director for retail at Gartner has mentioned that the new feature by Amazon is not yet being pushed hard on customers — at least not yet. Having said that, if you want to give it a shot, you can head to ‘Programs and Features’ on the app’s menu bar. You will have to choose five interests from the given list and once you are submit, you will see photos posts pretty much like how you would on Instagram.