Home » News » LG May Soon Launch The Much Rumoured V30

LG May Soon Launch The Much Rumoured V30 | TechTree.com

LG May Soon Launch The Much Rumoured V30

The company has recently shared a teaser image with a ‘V’ shaped silhouette hinting at the launch.

It’s been a while since we have been witnessing leaks and rumours about LG’s upcoming smartphone, being called as V30. However, it looks like the launch is nearing.

The company has recently shared a teaser for a launch event happening on August 31, giving hints about the smartphone being successor to the last year’s V20. So, what else could it be? — V30.

The teaser has a ‘V’ shaped silhouette in the background which is clearly a hint that the smartphone would be in the ‘V’ series of smartphones. 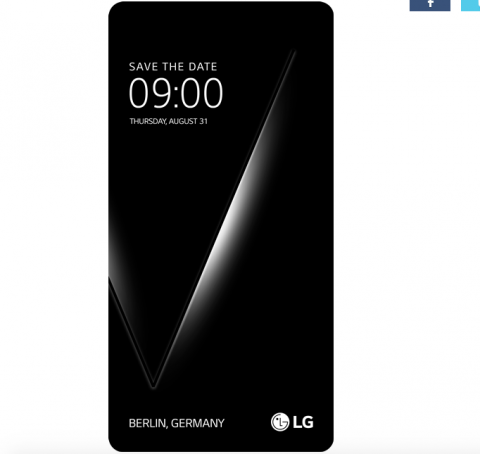 Also, according to Gadgets360, Engadget has pointed out the launch teaser image is in a 2:1 ratio which is similar to the FullVision display found on LG G6 and Q6 smartphone. Thus, it is expected that the company’s upcoming flagship V30 will be using a similar display as well.

Further, going by a few recent leaks, the fingerprint sensor may be found on the back panel and the smartphone may support USB Type C. It is also expected that the display may be around 6 inches in size.

Having said that, we recommend you to take these leaks with a pinch of salt and actually wait for the company to announce the specifications officially. We expect them to soon be out.