The smartphone’s new render image has been tipped by popular tipster Evan Blass.

It looks like the much rumoured Moto X4 smartphone from Lenovo has been leaked once again; this time in the form of a render image, staying true to earlier rumours about the device’s dual rear camera setup.

The new Moto X4 render was shared by the popular tipster Evan Blass aka @evleaks. According to the image, we can clearly see a round-shaped camera module with two sensors and LED flash on the rear panel. However, the design seems to be slightly different than what we had seen in the smartphone’s presentation that was leaked earlier this year.

However, the Moto X4 will be unveiled in the fourth quarter this year, reports Gadgets 360 quoting Evan Blass’s report that came out earlier this week citing a person close to the company’s plans. 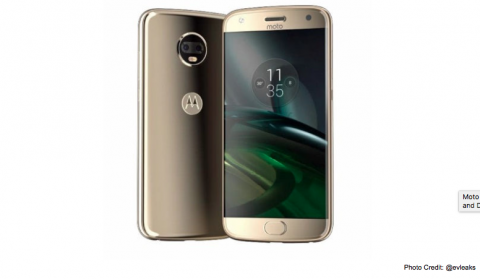 On the technical side, the Moto X4 would be more likely featuring a 5.2 inch FHD display and an aluminium body. It would also be featuring one 8 MP and another 12 MP sensor in the rear camera module, while a 16 MP camera is to be found on the front.

Also, it seems that, reports suggest Moto X4 to come with IP68 certification which means it is both water and dust resistant. We can also see a physical home button on the front which would also be the place where fingerprint sensor is likely to be embedded.

Under the hood, the smartphone is rumoured to sport an octa-core Qualcomm Snapdragon 630 processor clocked at 2.2 GHz paired with 4 GB RAM and 32 GB ROM along with a 3,000 mAh battery.