Apple iPhone 8 is still months away from its launch, and before we could even reach there, we are flooded enough by different renders of what the device might look like. Now, we have one such render spotted online, created by Designer Martin Hajek. This time, the iPhone 8 is painted in white.

As you can see in the image, the iPhone 8 render created by the designer showcases an almost bezel-less display white no fingerprint sensor on the front. We can also see a vertically placed dual rear camera and the Apple logo.

To recall, the iPhone 8 has been until now rumoured in a black variant, and the reason behind this, according to a report published on Business Insider, is the use of OLED panel which can display an absolute black coloration even when the screen is on. 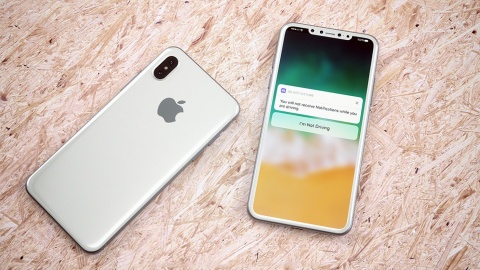 A new report claims that KGI analyst Ming-Chi Kuo has mentioned that the iPhone 8 will not be supporting in-screen fingerprint scanning feature. This means that the Touch ID will not be embedded under the display. However, there has been no further information as to where shall the Touch ID sensor be placed or would it be included in the new iPhone at all!

Well, speaking more on this, 9to5mac has recently published that Kuo has further predicted that Apple would be removing Touch ID entirely in favour of facial recognition. Kuo has mentioned — “We predict the OLED model won’t support fingerprint recognition, reasons being: (1) the full-screen design doesn’t work with existing capacitive fingerprint recognition, and (2) the scan-through ability of the under-display fingerprint solution still has technical challenges”