While dual camera modules have become the latest trend among smartphone buyers, here's one smartphone that features four cameras in it, thus taking the smartphone photography scenario to the next level.

When we talk about four cameras, do not get confused that it comes with a four camera sensor module. Instead, the phone has dual camera modules both in the back and on the front. Now, that's somebody would definitely love to have!

The new Gionee S10 has recently been announced by the company, and the specifications are pretty interesting. Apart from two dual-camera modules, the smartphone also features a 6 GB RAM, 6 GB of RAM, 64 GB of internal storage, 5.5-inch 1080p display, 3,450 mAh battery, and a Mediatek Helio P25 processor. However, it is not a Snapdragon under the hood! 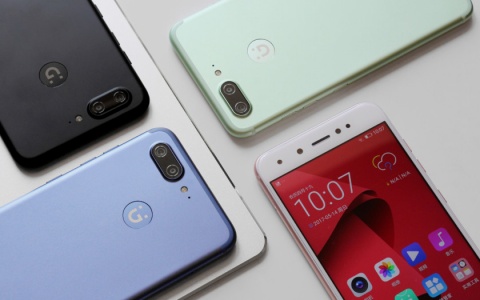 However, if you are currently living outside China, then you may end up being disappointed for a while because the device is currently available for purchase only in China for 2,599 Yuan. This translates to around Rs 26,000 and looking at Chinese smartphone companies' trend in India, we can definitely expect this one to be launched here pretty soon!