The smartphone looks similar to the Aqua Crystal smartphone that was launched earlier this year.

Intex has recently announced the launch its new smartphone under its Aqua series of phones dubbed as Aqua Crystal Plus in India for a price tag of Rs 6,799. Having said this, it is worth noting that the new Aqua device is a successor of the Intex Aqua Crystal that was launched earlier this year.

Speaking about the smartphone’s design, we can see that it resembles its younger sibling a lot. It comes with a glass finish with metal edges and capacitive navigation buttons. We can also see two speaker grilles on the bottom along with USB Type C port. 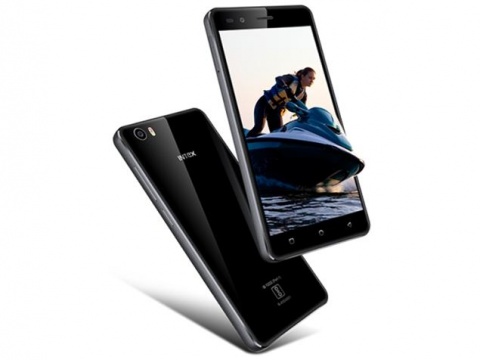 Technically speaking, the Intex Aqua Crystal Plus features a 5 inch HD display while being powered by a 1.25 GHz quad core MediaTek MTK6737 SoC coupled with a 2 GB of RAM. The device also gets 16 GB of internal storage which can be expanded upto 128 GB via microSD card.

On the camera end, it features a 13 MP autofocus rear camera along with a 5 MP front facing camera. And, last but not the least, the device sports a 2,100 mAh battery