It is being claimed by the company that the Aqua A4 is the lowest priced smartphone that runs on Android Nougat.

Indian smartphone company Intex Technologies has recently announced the launch of a new Android smartphone dubbed as Intel Aqua A4 with Android 7.0 Nougat running out of the box.

The smartphone comes with a price tag of Rs 4,199, and sports a 4 inch WVGA display screen while being powered by a 1.3 GHz quad core processor and 1 GB RAM. It is also being claimed as the lowest priced Android 7 Nougat smartphone that is available in the market.

Also, the device sports a 5 MP rear camera and 2 MP front facing camera, while being backed with a 1,750 mAh battery. The device also comes with an 8 GB ROM which can expanded up to 64 GB via microSD card. 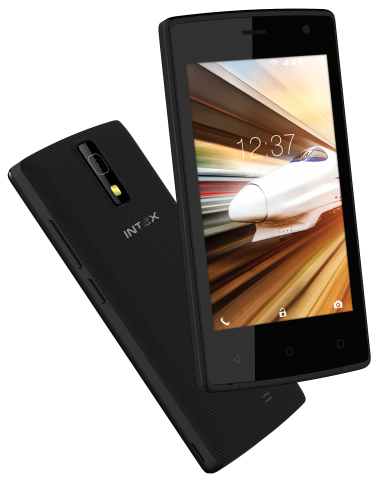 Commenting on the launch of Aqua A4, Nidhi Markanday, Director & Business Head, Intex Technologies said, “With the launch of Aqua A4, powered with the latest Android at the lowest price, Intex has again brought tech innovative product at the most affordable price in the market for all. Gujarat Lions players graced the occasion with their presence and reiterated our connect with the youth. We are sure that Aqua A4 with high specs like Android 7.0, classy looks and high performance at the lowest price will delight our customers.”

Also, the company has explained in the press release that the device comes loaded with innovative VAS services for the users. One major feature is the QR Code reader where users can either select the QR Code mode from the camera or open the QR Code and point the QR Code to the center of the screen. The QR code scanner decodes the QR code automatically and shows the relevant information with buttons for next reactive steps. Another one is Xender that enables users to share any type of files with friends at any time and any place without using mobile data. It is 200 times faster than Bluetooth transfer speed and it can also play music and video files. Aqua A4 also comes with the popular music streaming app Gaana and News Point, providing all relevant news in a crisp, clean and personalized format.