The smartphone dubbed as Unihertz Jelly comes with a 2.45 inch display screen.

We all know smartphones with large displays, having at least 5 inch display screens, and every other mobile following the same ‘brick’ pattern. However, it looks like KickStarter has a new project up on its portal for crowd funding, which is going the opposite direction - making the smallest 4G Android smartphone.

Dubbed as the Unihertz Jelly, the smartphone comes with a 2.45 inch display screen, runs on Android 7.0 Nougat, and according to the KickStarter page, supports 4G Connectivity, while being touted as the smallest 4G Android smartphone in the world, while it can be easily fit into your coin pocket. 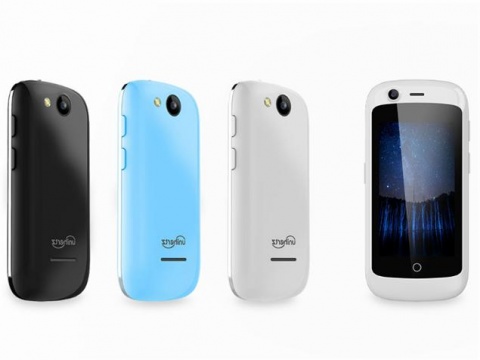 It is also being said that the smartphone would be available in Pearl White, Sky Blue, and Space Black color options, while under the hood, we would witnessing 1 GB RAM and 8 GB ROM and in another variant we would seeing a 2 GB RAM and 16 GB ROM. Both these variants are price at $109 and $125 respectively.

The device is also powered by a 1.1 GHz quad-core processor, and features an 8 MP rear camera and 2 MP front facing camera, with two SIM slots support 4G on AT&T and T-Mobile networks in the US. The device would also be featuring a 950 mAh battery, while connectivity options include GPS, Bluetooth 4.0, and WiFi.