HBand Converts Your Watch Into A Call Answering Device | TechTree.com

HBand Converts Your Watch Into A Call Answering Device

It replaces your current watch strap with a built-in Bluetooth audio for Apple and other 22-24mm watches.

PHTL has recently announced the launch of its new luxury lather band for Apple and other smartwatches, dubbed as the HBand.

It is being claimed by the company that this is the first strap to actually turn your watch into a phone answering device. It replaces your current watch strap with a built-in Bluetooth audio for Apple and other 22-24mm watches.

According to a recent press release, the patented technology allows for users to answer phone calls with the flick of a wrist, by raising their hand to their ear. Also, HBand has a hands-free mode. You will have to remove the audio fob from the strap and operate it like a typical Bluetooth headset. 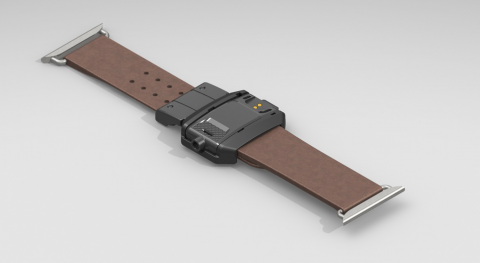 While Apple and other Smartwatches offer many features, they all lack "private calling". HBand solves this problem not only for smart watches, but for classic watches too. The slim, removable audio fob offers:

The HBand is offered in 3 variants: Apple, non-Apple and HBand with Integrated Classic Watch. The companion app for Android, Bluetooth Audio Manager, further enhances the suite of HBand features.