The smartphone is a successor to the last year’s Gionee S9 smartphone and would be sporting two 13 MP sensors on the back.

Gionee’s yet another smartphone, being christened as Gionee S10 has recently shown up on Chinese certification website TENAA.

Being a successor to the last year’s Gionee S9 smartphone, the S10 may be coming with a 5.5 inch FHD display screen, while being powered by a 2.0 GHz octa-core processor paired with a 4 GB of RAM and 64 GB of internal storage.

The smartphone also runs on Android 7.0 Nougat, according to the TENAA listing, reports Gadgets360 while also adding that the device would be featuring a 3,700 mAh battery with fingerprint sensor embedded on the home button itself. 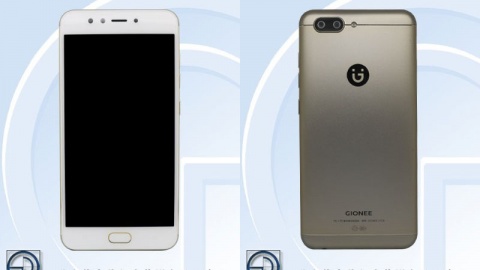 Also, we may see the device coming in Black and Gold color options, while the images found in the TENAA listing hint at a minimalist design with round circular logo of the company on the back.