The smartphone comes with a dual rear camera with two 13 MP sensors.

The home-grown smartphone company Micromax, known for its budget friendly devices, has finally entered the premium segment, with the launch of its new smartphone with a dual rear camera module.

Dubbed as ‘Dual 5’, the smartphone comes with a price tag of Rs 24,999, and features a 13 MP dual rear camera module with Sony sensors. One of the two sensors is with color and the other is said to be a monochrome sensor. Along with this, the front facing camera is of 13 MP. The Dual 5 smartphone boasts a Qualcomm Snapdragon processor under the hood along with a 4 GB RAM and 128 GB internal storage, while the display screen is of 5.5 inch and is protected by a Corning Gorilla Glass 3. The device also sports a 3,200 mAh battery.

Additionally, as per the company’s announcement, Dual 5 has an independent high-grade security chip, which offers hardware level security. This chip is of military grade and unbreakable. It has passed the CC EAL5 + security certification, which is the highest standards of ordinary civilian security level certification. Other smartphones have only EAL 2+ level security. 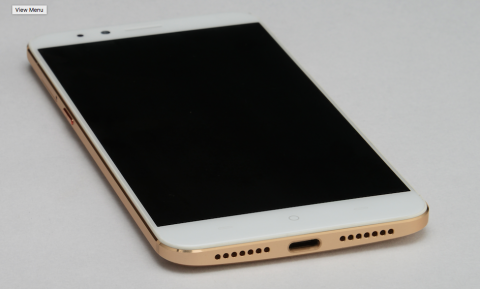 Speaking at the launch event, Rahul Sharma, Co-Founder, Micromax Informatics said, “As smartphones become the most important element of consumer landscape in India, our entry into the premium segment aims to further simplify the eco-system with a combination of hardware, software services, digital payments, customer service and more. We aim to increase our ASP by 20% in the year to come with new launches planned in Rs. 10K+, Rs. 15k+ and Rs 20K+ category.”

On the other hand, the company has also announced that it would be soon launching 4G feature phones under the company’s Bharat series, dubbed as Bharat 1 and 2 under Rs 3,300 price category. Well, in-fact, it is expected to soon see a feature phone that supports 4G by Micromax for under Rs 1,999.