The Z10 and Z25, both come with 2.5D curved glass and an unspecified octa-core processor.

Indian smartphone company Lava has launched two new smartphones in the mid-range, dubbed as Z10 and Z25, for price tags of Rs 11,500 and Rs 18,000 respectively. The smartphones are said to be currently available across various retail stores in Delhi starting from today, while they would be reaching other cities in a few weeks.

Technically speaking, the Lava Z10 comes with a 5 inch HD IPS display with 2.5D curved glass, while under the hood, an octa-core processor coupled with 2 GB of RAM powers it up. The device comes with Android 6.0 Marshmallow-based Star OS 3.3 while 16 GB of internal storage space can be used to store apps and other data. 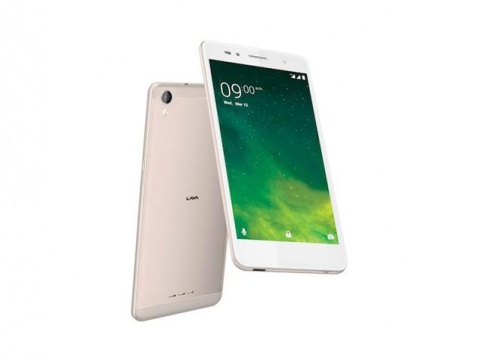 On the camera end, the Lava Z10 features an 8 MP rear camera with f/2.0 with LED Flash and 5 MP front facing camera. And, to back all these features, the smartphone sports a 2,620 mAh battery and also includes a Super Power Saver mode.

On the other hand, the Lava Z25 would be featuring a 5.5 inch HD IPS display with 2.5D curved glass on top of it, while an unspecified octa-core processor with 4GB of RAM is found under the hood. The handset also features a 32 GB of internal storage, and runs on Star OS 3.3 just like the Lava Z10. The smartphone’s camera department includes a 13 MP sensor on the rear panel while the front sensor is of 8 MP capacity. The dual SIM enabled smartphone features a 3,020 mAh battery and a fingerprint sensor embedded on the Home button.