The Limited Edition variant’s highlight is the Sapphire Glass Display.

HTC has finally announced a Limited Edition variant of its U Ultra smartphone, which actually comes with a sapphire glass display along with 128 GB of internal storage.

While many were unaware about the launch of HTC U Ultra Limited Edition smartphone, it is worth noting that the device is already up for pre-orders in Taiwan for a price tag of TWD 28,900. This roughly translates to Rs 62,000. Apparently, the HTC U Ultra smartphone with 64 GB internal storage is being sold in India for Rs 59,990. 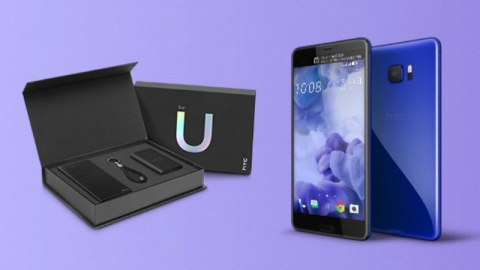 Speaking about this Limited Edition variant, it looks like, nothing much, apart from sapphire glass and 128 GB ROM, seems to have been changed. The smartphone features a 5.7 QHD display, 4 GB RAM, Quad Core Qualcomm Snapdragon 821 processor, 12 MP UltraPixel rear camera, 16 MP Selfie camera, and a 3,000 mAh battery.