LG Stylo 2 Plus Running On Nougat Spotted On Geekbench

Apart from the latest operating system, other specs seem to remain the same. 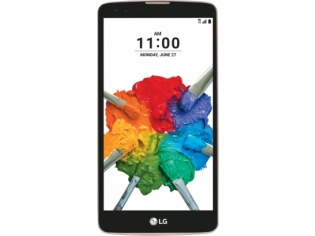 Recently, a LG smartphone was spotted on the benchmarking website Geekbench, with the model number LG-K530 running on Android 7.0 Nougat operating system. Along with this, the listing also suggested that the device would be powered by an octa-core Qualcomm Snapdragon processor coupled by a 2 GM RAM. According to reports, the device's model number syncs with that of the LG Stylo 2 Plus.

To recall, the LG Stylo 2 Plus was launched last year itself with similar specifications as given on the Geekbench listing, except that, now we are able to see Nougat running on it. Also, the device has managed to score 581 in single-core test and 2027 in multi-core test. 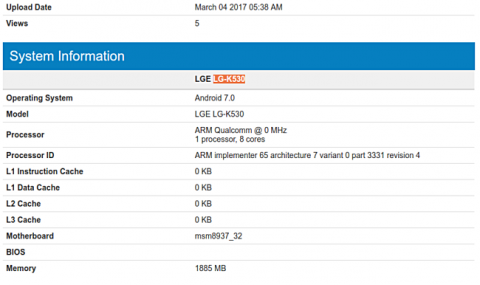 The LG Stylo 2 Plus features a 5.7 inch HD display and packs a decent 3,000 mAh battery. It also sports a fingerprint sensor on the back panel. The device boasts a 16 MP rear camera with LED flash and 8 MP front facing camera, while it supports 4G LTE connectivity.

Also, to recall, at the time of original launch, the device had two different sets of specifications: 2 GB RAM / 16 GB ROM and 3 GB RAM / 32 GB ROM.