The new chromebook may be based on the HP ProBook x360 11, mentions a recent report.

Google has recently announced a new Chromebook by HP dubbed as the x360 11 G1 Education Edition. As the name itself suggests, the new chromebook is made keeping students in mind.

In-fact, in a recent blog post by Google, the company has announced that the new launch is the follow up since Chromebooks become hugely successful in Swedish schools.

While no much details are still available about the Chromebook, Google has mentioned that the device comes with a 360 degree rotating hinge along with USB Type C charging port, optional stylus, and a camera. 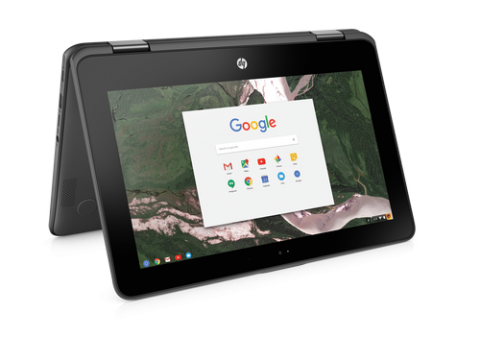 Adding on this, a recent post published on GSMArena suggests that the chromebook may be similar to the HP ProBook x360 11 G1 Education Edition, which apparently runs on Windows 10 Pro. However, if this turns out true, the new Chromebook would be powered by Intel Celeron N3350 or Pentium N4200 processor, while coupled with 8 GB DDR3 RAM, 128 GM ROM, and 11.6 inch touchscreen display.

While no details about the device’s price tag have been revealed yet, the blog post does mentions that it would be available for purchase in mid-April.