Home » News » MWC 2017: Gionee Launches A1 And A1 Plus Selfie Focused Smartphones

MWC 2017: Gionee Launches A1 And A1 Plus Selfie Focused Smartphones

Chinese smartphone company Gionee has recently launched its two new smartphones at the MWC 2017 event in Barcelona, dubbed as the Gionee A1 and A1 Plus, which is the first set of  smartphones in the company’s new A-Series. 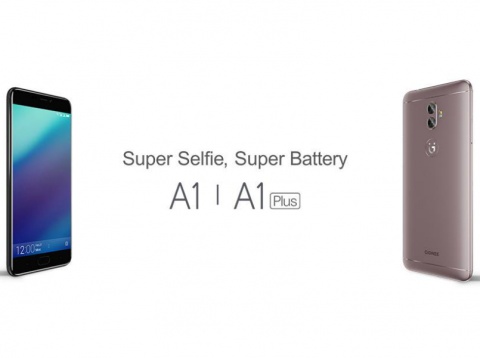 Having said this, the A1 comes with a 5.5 inch display while the A1 Plus sports a 6 inch display screen, with a 2.5D glass on top protecting the display from scratches. Both these devices run on Android 7.0 Nougat with Amigo 4.0 UI on top of it, and come with 64 GB internal storage and 4 GB RAM.