The company has also launched the ‘Classic’ variant with a metal chassis.

Huawei has finally launched the much awaited ‘Watch 2’ smartwatch at the ongoing MWC 2017 event, with 4G LTE connectivity support as its highlight. The smartwatch comes with price tag starting at EUR 329 which roughly translates to around Rs 23,200, and is said to be available in more than 20 countries, starting from March.

Having said this, the company has also launched the ‘Classic’ variant of the Watch 2 as well, which sports a metal chassis, instead of the plastic outing that is found on the Watch 2. However, it is worth noting that the plastic body actually allows users to experience LTE connectivity. Technically speaking, both smartwatches come with a 1.2 inch circular display, and are 12.6 mm thick. With this, we can clearly understand that the latest smartwatch is almost 2 mm thicker than the previous Huawei Watch.

Along with this, the Huawei Watch 2 comes with an option to use a Nano SIM card, while supporting NFC, GPS, and heart rate sensors. The new smartwatch also features a 420 mAh battery which is expected to last for up to 2 days. Additionally, both smartwatches also offer IP68 rating which makes them dust and water resistant. 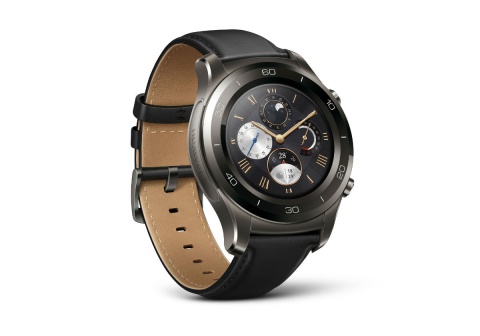 Speaking about its availability, it is being said that the new smartwatch will be first available in Spain, France, Portugal, Italy, Germany and China, while US, UK, Australia, New Zealand, including India will be experiencing it in the second round, probably in April. Later on, the company is expected to launch in Malaysia, in May.