The images look like they have been cropped off from an un-released promotional video. 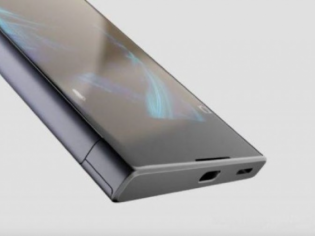 It has not even been a month probably since we saw some alleged renderings of a new smartphone claimed to be the successor of the Xperia XA by Sony.

While we witnessed modified hardware back then, we have a couple of more photographs leaked once again. Though they are of low-resolution quality, the rendering looks exactly how the previous leak suggested.

Also, as reported on GSMArena, these images look like those captured from an un-released promotional video. And, as we can see, the smartphone seems to have left out the fingerprint scanner, and also replaced microUSB port with a USB Type C connector.

Additionally, we are able to see the smartphone in three different color options - red, purple, and navy blue. Going further, we can see that the proximity and light sensors are positioned in a mirrored manner when compared to the Xperia XA smartphone that is currently out there in the market.

While we have no further information about the smartphone’s expected technical details, we do feel that the smartphone may be all set to be unveiled at the MWC 2017 being held next month.