The smartphone is powered by a quad core MediaTek processor coupled by a 3 GB of RAM. Chinese smartphone company Gionee has recently announced the launch of a new smartphone dubbed as Steel 2, featuring a 5 inch HD display and a MediaTek MT6737 quad core processor, under the hood.

The smartphone comes with 3 GB of RAM and either 16 GB or 32 GB of internal storage. Having said this, it has been revealed that the smartphone would be coming to shelves with a price tag of RMB 1,299 for the 16 GB variant.

On the camera end, the smartphone comes with 8 MP rear camera sensor and 5 MP front facing shooter, while a 4,000 mAh battery powers up the device. 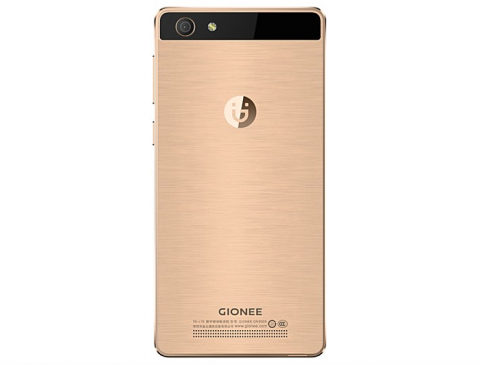 The Gionee Steel 2 runs on Android 6.0 Marshmallow based Amigo 3.5 operating system and also features a fingerprint sensor embedded right into the home button itself.

The smartphone would be available for purchase in two different color schemes including Jazz Gold and Gold Black in China, for now. However, the company has not yet announced the smartphone’s global availability.