The handset features a 5.5-inch OLED screen and 13-megapixel camera.

As speculated earlier, Lenovo released its P2 smartphone in India. The P-series handset comes with a huge 5100 mAh battery. It also supports 24W quick charge technology. The P2 flaunts a metal unibody design that seems inspired by the Redmi Note 3.

The phone features a 5.5-inch Full HD AMOLED screen. That's a big plus if you care about the picture quality. The handset is powered by Qualcomm's Snapdragon 625 chipset. Gaming is handled by Adreno 506 GPU. The phone comes in 3 GB and 4 GB variants. You get 32 GB internal storage. The phone features a hybrid slot, which means that you have to choose between a secondary SIM or storage expansion. In the photography department, you get a 13-megapixel camera. For selfies, there's a 5-megapixel snapper. Much like other Lenovo phones, the P2 supports TheaterMax VR experience when connected with company's ANT headset. Among other things, Lenovo has covers a fingerprint sensor, Wi-Fi, Bluetooth 4.1, NFC, and A-GPS. The phone is 4G VoLTE network compatible, which means that you can use it with your free Jio SIM. On the software side of things, you get Android 6.0 Marshmallow with Lenovo's skin on top. 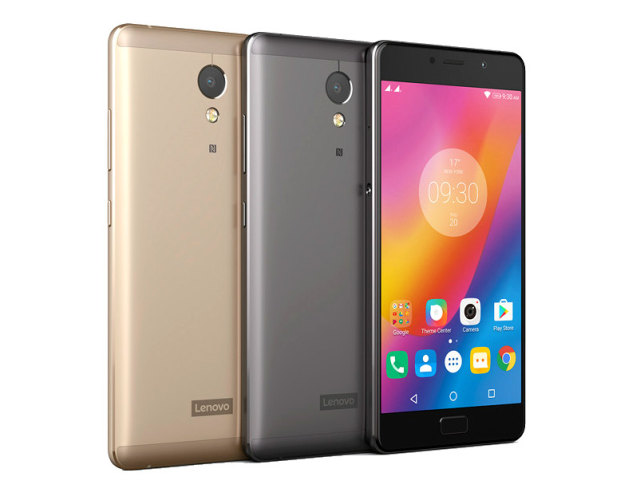