The new beta version of WhatsApp Android app also allows you to search for GIFs.

WhatsApp has been introducing a number of interesting features to keep itself in the top list of apps in this competitive app market. And as one such interesting upgrade, the app has now increased the limit on sharing media files.

It is being said that the new update which has been reported by beta users allows them to send up to 30 media files at a single time. To recall, earlier this was capped to 10 media files. Having said this, the new update is definitely helpful for most of the users who have been sending images multiple times in sets of 10. 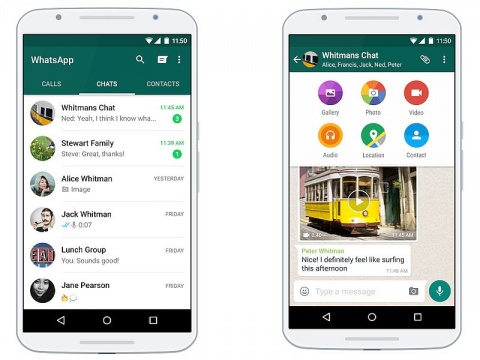 Along with this, the new update also allows users to search GIF images inside the app itself. And to recall on this, the GIF support was introduced on the instant messaging app in November 2016 on iPhones and in December on Android platform.

The new features are being reported on Android platform, especially in the beta version of the app. The version is said to be 2.17.6 and is expected to arrive pretty soon to the public, according to a post on Gadgets 360.