The new TA-1000 has been spotted online with a standard 5V/2A charging support, which means it may be an affordable device.

Nokia is making a comeback, and with a bang. According to recent rumours, Nokia is in-fact making a come back with at least 5 smartphones in 2017, while at least one of them may be unveiled at MWC 2107 in February.

However, we have add-on information regarding Nokia’s comeback now. A Nokia smartphone with model number ‘TA-1000’ has been spotted online. The smartphone is said to have passed China Compulsory Certification (3C). 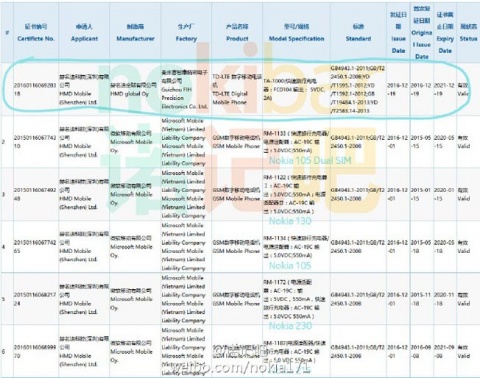 While this new listing online, as reported first by AndroidPure, displays that the new Nokia smartphone comes with a standard 5V/2A charging support. This actually means that the smartphone may not be a premium device. In-fact, this newly listed device may be a pocket friendly smartphone by Nokia.

Having said that, BGR mentions of a report that suggests Nokia E1 as the cheapest of all the five thus far leaked. And based on leaks, Nokia E1 may come with a 5.5 inch display, 1 GB RAM, and an entry level Snapdragon chipset. 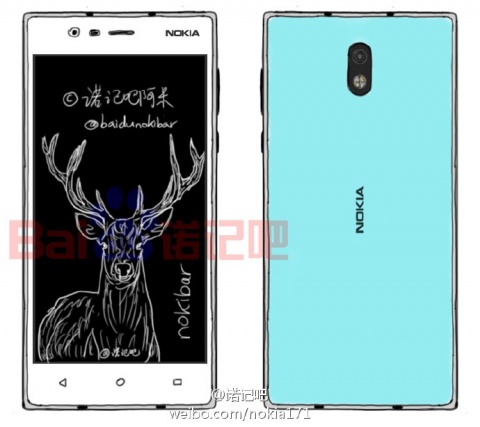 Also, reports have been further showcasing another Nokia affordable smartphone dubbed as Nokia D1C which may come in two variants: one with 5 inch HD display and another with 5.5 inch display. The 5 inch smartphone may come with 2 GB RAM and 16 MP/ 8 MP camera modules, while the 5.5 inch device may feature a 3 GB RAM.

For other details, we may have to wait until the company officially announces in 2017.