The tablets features a 10.1 inch FHD display screen while a 2 GB RAM and 1.5 GHz Octa Core Processor power it up.

LG recently launched a new tablet christened as the G Pad III that comes with a 10.1 inch FHD display and supports 4G LTE connection. This tablet was launched after @evleaks tipped about it recently.

Weighing around 510 grams, the tablet runs on Android 6.0.1 Marshmallow and a 6,000 mAh battery keeps the juice flowing. 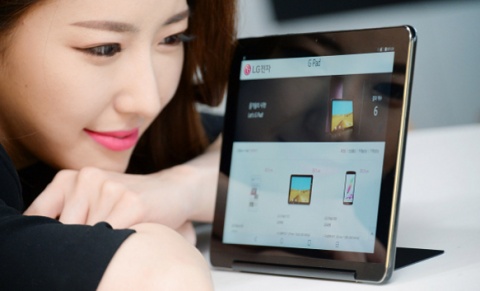 Interestingly, the tablet also features a built-in kick stand that allows up to 70 degrees of adjustment, according to a recent post on GSMArena. This way, the tablet can surprisingly be used as desk clock or a digital frame as well, especially with the help of ‘Time Square’ UX.

Having said this, the tablet comes for KRW 429,000 which can be translated for around USD 360. However, for now, the tablet is said to be available only in South Korea.