Clears the search giant of eight counts of patent infringement, but holds it responsible for two minor violations. 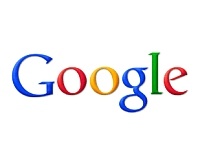 The long drawn battle between Oracle and Google over patent infringement in the latter's Android mobile OS seems to be nearing conclusion now. The jury has decided that Android does not violate any patents, as claimed by Oracle. This has come as a major relief for the search giant, whose mobile OS enjoys a significant share of the smartphone market. Oracle's bone of contention in the lawsuit was against Google's using Java source code in its mobile operating system.

The trial that was initiated in April and lasted three weeks, relieved Google of eight counts on patent infringement claims. However, the jury deemed Google responsible for two counts of minor copyright infringement. This relates to its usage of Java APIs and several lines of rangeCheck code. This could cost the search giant a maximum possible penalty of $150,000. The hearing on the damages has been reported to begin next week.