The smartphone was earlier launch at its pre-MWC event, this year and comes with pretty decent features. Alcatel’s recently launched smartphone Idol 4 is said to be launched in India this Thursday, along with a VR headset bundled with it.

Featuring a 5.2 inch FHD IPS LTPS display, the Idol 4 smartphone is powered by an octa-core Qualcomm Snapdragon 617 processor coupled with a 3 GB of RAM. Users also get 16 GB of internal storage which can be expanded up to 512 GB via microSD card.

The smartphone runs on Android 6.0 Marshmallow out-of-the-box and sports a 13 MP rear camera with touch focus and dual LED Flash, and an 8 MP front facing camera with a flash. It also comes with a 2,610 mAh battery and supports Quick Charge v2.0. 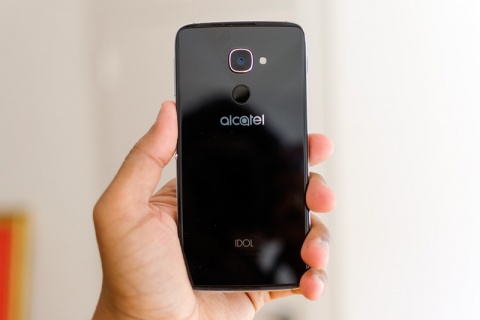 To recall, this is the company’s first smartphone after it was re-branded from Alcatel One Touch to simply Alcatel, and the device was first launched at its pre-MWC event, this year.

Back then, the smartphone was announced for a price of EUR 279 which roughly translates to INR 20,100. However, for the Indian customers, the actual price is yet to be announced by the company. Thus, we will have to wait for it.