Lenovo Miix 520 May Be In The Making

A couple of unofficial renders of the device have surfaced online, thereby revealing the new device's design. 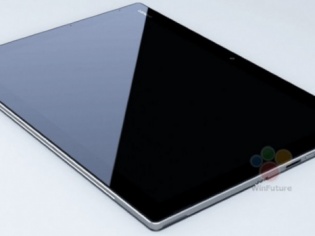 In a move to strengthen its presence in the 2-in-1 devices market, the Chinese tech company Lenovo launched the Miix 510, back in August, this year. And now, it looks like the company is working hard to take its Surface twin a step ahead, and WinFuture has reported that a new device by Lenovo in the 2-in-1 market is in the making.

Being known as Miix 520 thus far, a couple of unofficial renders of the device have surfaced online, thereby revealing the new device's design.

Also, it is being expected that the new Mixx 520 would feature the new Intel Kaby Lake processor, 16 GB RAM, and 12.3 inch display with Gorilla Glass for scratch protection. To recall, the Lenovo Miix 510 that was launched at IFA this year featured a 12.2 FHD display, with up to 8 GB of RAM and 1 TB of SSD.

Adding further, Gadgets 360 has also reported that the new Miix 520 may come with a much better battery that is excpected to provide up to 10 hours of battery life on a single charge.

Additionally, users would be getting a fingerprint scanner, while 8 MP and 2 MP camera sensor on the back panel and front side repsectively end up completing the camera module.