The handset offers a 13-megapixel camera and 5-inch HD screen on budget.

HTC has unveiled a budget handset Desire 650 in Taiwan. The mid-range smartphone comes with a weird dual-texture backpanel much like the Google Pixel phones. The handset will be available in Polar White and Blue hues. Like the rest of HTC's 600 series line-up, this phone features a plastic body. 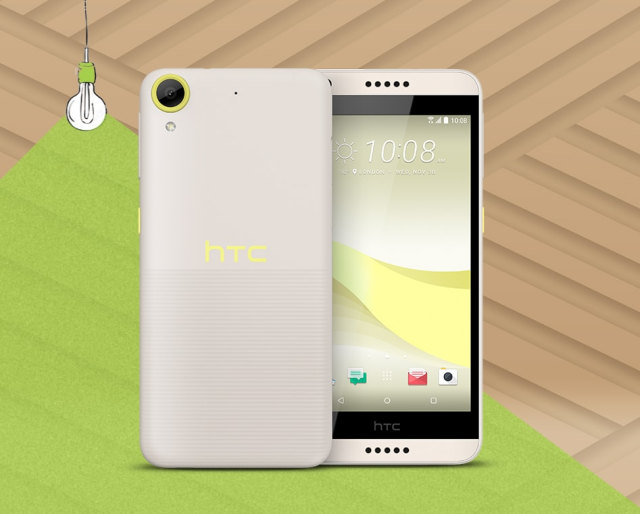 The phone sports a 5-inch HD screen, which is protected by Corning's Gorilla Glass. The phone is powered by Qualcomm's Snapdragon SoC (System on Chip). The Taiwanese company hasn't specified the chipset though. The handset has 2 GB RAM and 16 GB internal storage. A microSD card slot lets you expand it further up to 2 TB. In the photography department, you get a 13-megapixel camera. It comes with a BSI sensor for low-light photography. The phone supports 4G LTE, Wi-Fi, Bluetooth 4.1, A-GPS, and NFC. The phone packs-in only 2200 mAh battery, which is quite a downer. The HTC Desire 650 will ship with Android 6.0 Marshmallow with Sense UI on top. It also comes with HTC Boomsound and Hi-Resolution audio playback. According to FoneArena, the Desire 650 is pegged at 5490 new Taiwan dollars (approx Rs 12,000). The handset will hit stores in Taiwan from December 1st. As of this writing though, there's no word on its global roll out.