Over a billion users can now make video calls on Android, iOS, and Windows.

WhatsApp has been known for revolutionising the way we message each other on phones. Continuing its efforts to add more features to its chat app, WhatsApp has now added video calling functionality. The feature will work accross multiple platforms including iOS, Android, and Windows.

Here's what Facebook's subsidiary had to state on its blog:“ We’re introducing this feature because we know that sometimes voice and text just aren’t enough. There’s no substitute for watching your grandchild take her first steps, or seeing your daughter’s face while she’s studying abroad. And we want to make these features available to everyone, not just those who can afford the most expensive new phones or live in countries with the best cellular networks.” 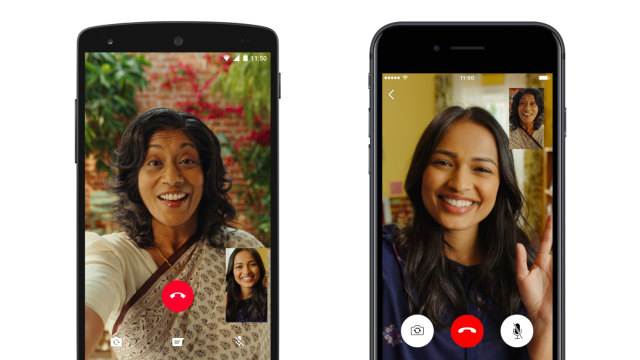 With the ease of use and non-resource gobbling features of WhatsApp, it became popular as a quick resort to exchange messages, emoticons, and even recorded voice clippings. But there was always a need for voice calling to make communications more personal. If you want to take this new feature for a spin, follow these simple instruction:

- Scroll down towards the bottom of the page

- Confirm on the next screen and wait for a few minutes

- Come back to WhatsApp listing page on Google Play

- You should see an option to Update WhatsApp to beta version

There are some alternative source like APK Pure and APPK Mirror for downloading the new WhatsApp. However, for safety reasons, we advise readers to download and use the official release.