Both smartphones come with specifications that do not attract users, when compared with their competitors like LYF Flame 1 and Intex Cloud Scan FP 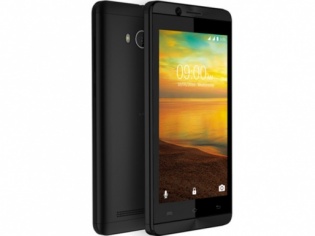 Indian smartphone company Lava has recently announced the launch of two new budget friendly smartphone, dubbed the A51 and A76+ that support 3G and 4G network connectivity respectively.

Speaking about A51, the smartphone comes with a 4.5 inch FWVGA display, 1.2 GHz octa core processor, 512 MB RAM, 8 GB ROM, 5 MP rear and front camera modules, along with a 1,750 mAh battery. However, the smartphone support 3G only, and lacks 4G support which is pretty well trending among the youth nowadays, due to Reliance Jio. However, on the other hand, the Lava A76+ comes with a similar display screen like the A51, but is powered by a 1.5 GHz quad core processor coupled with 1 GB of RAM. The smartphone packs a 1,850 may battery and supports 4G connectivity to attract the Reliance Jio users. Having said this, the smartphone also comes with a camera module that is similar to A51.

Both these A51 and A76+ smartphone run on Android 6.0 Marshmallow and come with other connectivity options like microUSB, Bluetooth, and GPS.