Home » News » Lenovo Wants You To Design Its Next MotoMod

Lenovo Wants You To Design Its Next MotoMod

The company has partnered with Indigogo to fund innovative ideas.

LG has given up on its modular accessories meant for its flagship smartphone G5. However, Motorola is still trying hard to make its MotoMods work. In a latest initiative, the Lenovo's subsidiary is encouraging fans to submit the ideas for MotoMods. If your idea is really interesting, there is a good chance that it will be financed through Indiegogo.

Finalists will be selected by our judging panel of industry leaders. You will receive Moto Z and an MDK for free from Motorola. The lucky winners will also receive a trip to Chicago to meet with Moto Mods executive development team. This will be an important step in bringing your idea to life. Apart from this, the company will also be hosting a Moto Mods hackathons in the U.S. The first hackathon will be in New York in December. Those who successfully creates a Moto Mods will also get an opportunity to participate in the Indiegogo campaign. For more information and to register, visit modthefuture.com. If your idea is great and somehow doesn't land up on Indiegogo, you might get funding from Lenovo Capital, which has set aside up to $1 million. To be eligible for this, you need to have a working prototype though. 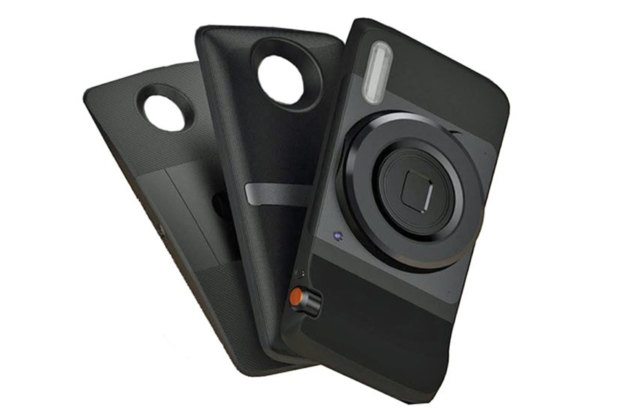 If you too have a great idea for Moto Mods, head over to this link and share it with Lenovo. So far, Motorola has unveiled Moto Mods that turn your phone into a camera, a movie projector, a speaker, and an extra battery pack.