New Samsung Flip Phone May Cost You Two iPhone 7 Plus

The smartphone being successor of W2016 launched latest year is expected to sport a price tag of around INR 1.97 lakhs. South Korean smartphone giant Samsung has recently launched a new dual-display Android flip phone, dubbed as the W2017, which is currently available only in China. The smartphone is said to be the successor to W2016 that was launched last year.

Speaking about the W2017 smartphone, it comes with a dual display technology, and a fingerprint scanner, while it runs on Android 6.0.1 Marshmallow.

The smartphone is powered by a quad core Snapdragon 820 processor and a 4 GB of RAM and 64 GB of internal storage. Also, on the display end, both display panels are of 4.2 inches in size, with Super AMOLED technology and FHD screen resolution.

On the camera end, the smartphone sports a 12 MP rear sensor and 5 MP front facing sensor. Both come with f/1.7 aperture and f/1.9 aperture respectively. The smartphone also comes with a 2,300 mAh battery. 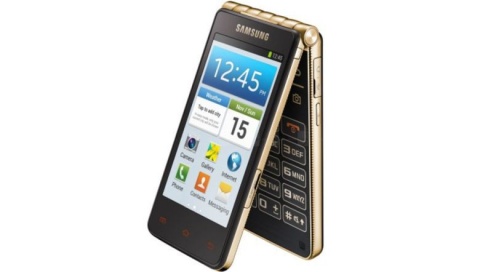 While specifications are of a mixed sense over here, in this device, with some being interesting, and some not much as other smartphones, one thing for sure is that, this phone would be mainly targeted at users who are looking out to swag a little.

Having said this, we still do not know the pricing of the W2017 smartphone though Sammobile has recently reported that the device may come with a heavy price tag of around CNY 20,000. This roughly translates to a whopping INR 1.97 lakhs, and this amount can bring you 2 new iPhone 7 Plus devices!