Public wi-fi is now becoming more common for everyone’s use, but it comes with its own pitfalls, hence some measures to be taken to maintain one’s privacy. 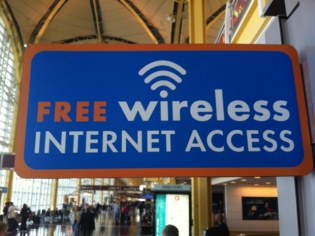 Hacking, in some cases atleast is becoming increasingly easy and common these days, especially considering the use of public wi-fi. Unknown hacking into other’s devices is increasingly becoming a menace and a threat to user privacy, which leaves a lot of users worried about who gains access to their content viewership, and by how much.

Imagine a situation when one is just surfing even casually at a cafe, but another person through a basic software programme, can actually see what the other person is viewing, and manipulate that in their own way? That’s a scary scenario to be honest. As Mellisa Michael from F-Secure says, “I tell you this not to encourage you to start snooping around at coffee shops and airports. But so you’ll be better aware of the need to protect yourself against shady characters that do that sort of thing. Because the barrier to entry is not high.”

The software in question is actually meant for network administrators to keep a watch on the condition of the entire data network, and help during troubleshoots on the network itself. But then, when something can be used for the good, there is always a negative use for the same.

How it actually happens

While one may be serving news or any generic content online, and perhaps would not even bother if anyone knew about it, but that's not where the real threat of public wi-fi hacking is. The threat creeps in when one understands that the person hacking could be privy to personal details like personal passwords, access to social networks, etc. To add salt to the wound, that access to the personal devices would mean, the hacker can access manipulate content one sees, trick the main user into believing that they are logging into their personal accounts on their devices, but actually end up sharing their information to the hacker, who can have a more free run. The scary part of this entire activity is, the software are actually very easily available online, and can be easily used. People who have their banking details on their smart devices, are especially vulnerable to this. Also, for a comparatively smaller hardware investment, there can be a faux wi-fi hotspot with a similar name can be setup, and used for snooping on private information mentioned before. In fact, these attacks are also called ‘man-in-the-middle’attacks, and recently a set of US politicians were hacked this way.

Use something called the VPN (Virtual Private Network). Using a VPN ensures, that no matter what data one shares even using a wi-fi hotspot, there is no way, one can hack the device connected to the network. Even if the hacker does get into the network, the encrypted codes are all that will be able to access, which would not give them any information of what is being seen on the device.