The Oppo R9S Plus has been reveled to have 6GB of RAM, coupled with Snapdragon 653 SoC. 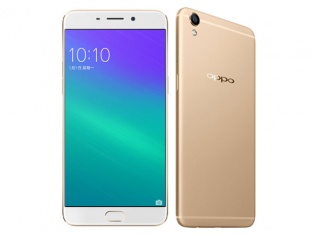 Oppo’s latest handset to be leaked out, before the official launch is the R9S plus, which was seen on the benchmark site AnTuTu, with most of it’s key specifications such as a Snapdragon 653 SoC with Octa-core design, clocking at 1.95GHz of speed, and 6GB of RAM coupled with a Adreno 506 GPU.

Other than that, key specifications seemed largely similar to that of the standard model, which includes a full-HD display, a 16MP front and rear end camera, and the handset running on Android Marshmallow 6.0.1 OS. The main difference noted here, is the 6-inch screen instead of the traditional 5.5-inch screen on the standard edition. 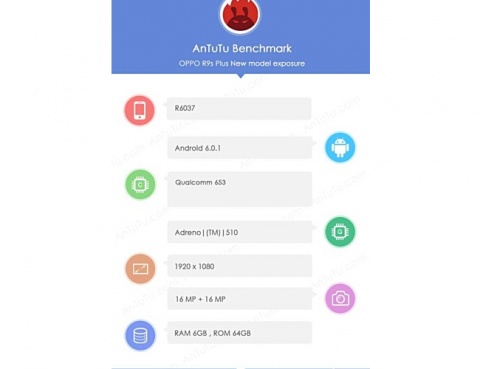 Oppo has obviously chosen to keep most of the features of the Oppo R9S Plus a secret, but it can be assumed to have the similar kind of display, albeit in larger size. The support for the 16MP cameras both at the rear at the front end, seem to work well, especially those addicted to selfies, and those looking for some decent photography on the handset. The phone will have 64GB of flash memory as well. But until the phone is launched in a day’s time, it would be sketchy as to what the official specs are, and what the pricing and availability in India will be.