Facebook Free Basics Internet Service On Its Way In The US Market | TechTree.com

After getting in India in February, Facebook will launch Free Basics for low-income and rural market in the US. 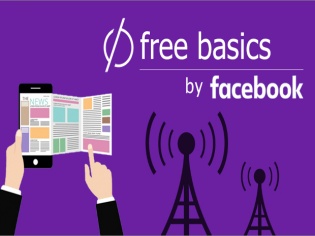 After facing a lot of trouble in India, and the ban in February 2016, Free Basics Internet Service is heading towards a US market launch soon. The company has been in talks with the government and the wireless carriers, for creating a special edition of the app for the US, which is being targeted primarily at the low-income and rural families. The plan is to roll out Free Basics in a way, that would avoid all the legal scrutiny that it came under and resulted in the Indian ban. Their victory in the US could signal a major step forward for ensuring that gets a major share of the market on it’s platform, and then pushes to other market for it’s launch, but it might be a far stretch considering such a thing has never happened before.

The Free Basics app is being targeted at those families who have low income, yet want to keep in touch people over the internet for free. The idea of Free basics has been to pool together similar kind of resources, such as online news, Facebook app, job leads, health information, etc can be clubbed together free of cost, while competing brands to Facebook and the partnering services on board, will come at a cost to consumers.

This in turn enraged the activists in India, a scenario the company is really working to avoid in the US, to argue that those companies which may not be on board with Facebook’s Free Basics programme, or who do not have the economic clout, may be unfairly left out, and the cost of the same, will have to be borne by the end consumers. Till now, the initiative has been kept under wraps and not publicly revealed, as Facebook has tries to get the US government on it’s side to avoid any fiascos like it took place in India. In the previous attempt, Facebook had been stopped legally in India. However, now it has bought on board all third party organizations into the service, which would allow them to provide their apps for free and not incur extra data charges, provided they did not make use heavy media components in them. Arguments against Facebook has been centered around the principle that Free Basics would benefit only Facebook and it’s wealthy partner enterprise on board, and destroy the level playing field for smaller enterprises, who could have innovated cost effectively, without the Free Basics offer.

In fact, Internet advocates in the US have approached the Federal Communications Commission (FCC) against the initiative, addressing their core fear as mentioned before. Harvard law professor Susan Crawford said, "Zero-rating is pernicious, unfair and unnecessary. Permitting the practice would simply enable the gameplaying of companies who have a strong interest in maintaining the status quo," as she worked for regulating the broadband players strongly.

Facebook on the other hand has also tried to partner with the smaller telecom carriers, instead of the national carriers like AT &T and T-Mobile, to ensure that the local customers come on board easier, and find the internet within their economic reach. In fact a Pew Research study showed that 48% of those who had access to the inter through their smartphone, opted out of the internet services, because they found it to be too expensive. While Facebook’s relationship building might bring together some of the services at a lower cost, it would practically put competing brands like Twitter or any other not in partnership with Facebook, a serious market disadvantage. Also, it would incur the scrutiny of the FCC, which in turn might again push up legal costs for the telecom providers, and even Facebook, as FCC looks to stick to net neutrality, as its core aim.