Here's Why Xiaomi's Ultrasonic Fingerprint Sensor Is A Big Deal 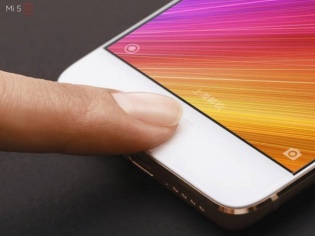 When Xiaomi unveiled the Mi 5S a few days ago, one things that caught attention of many technology enthusiasts was its "ultrasonic" fingerprint scanner. Although the Le Max Pro was the first handset to implement this technology, you can say that Xiaomi gets the credit for it popular. So is this a new gimmick or a meaningful update that actually matters in normal use? In order to understand why this is a big deal, we first need to comprehend the fingerprint sensor technology found in the iPhones and Galaxy series phones.

In most of the phones starting from the budget Chinese handsets to high-end iPhones, capacitive scanner is used for registering fingerprints. Such scanners are comprised of an array of the sensors that forms a capacitor surface. Once the finger is placed over it, a 2D (planar) map is generated. In simple words, to get a print, the sensor and finger need to be in direct contact. This isn't a problem in ideal conditions, but sweat and dust can cause issues. Moreover, the exposed sensors can be damaged easily, and getting them replaced is a costly affair. The Xiaomi Mi 5S and 5S Plus use Qualcomm's Snapdragon Sense ID biometrics. In this approach, a direct contact between the sensor and finger is not required. The sensor sits under the glass panel. It sends out high-frequency acoustic waves that generate the 3D map of your fingerprint. Unlike the capacitive scanning, the sound waves are not stopped by moisture or dust. Hence, the ultrasonic fingerprint scanner technology works perfectly even when you have just eaten that greasy burger. Since the sensor is not exposed, wear and wear is effectively out of question. Moreover, not having to implement a sensor outside the phone enables the phone manufacturers achieve streamlined design with relatively less efforts. If you find biometric method to unlock your phone convenient, then Qualcomm's ultrasonic method is the way to go. Moreover, it also has a clear edge in terms of reliability and longevity.