The company rolls out the update to Oxygen OS 3.1.2 which is expected to reach users gradually, bringing a whole new perspective to the smartphone. OnePlus has recently started rolling out a new update to all OnePlus X devices out there in the market, which is basically an upgrade to Oxygen OS 3.1.2. This update is said to bring in Android 6.0.1 Marshmallow into the devices along with an October Android Security patch, and a number of other new features.

However, while the update may not reach every OnePlus X smartphone at once, users are expected to get it gradually, and a few should have even got it yesterday, ie., on Sept 28 itself.

Speaking about the other features that users get from the latest update, it is being said that a whole new pack of icons, a wallpaper picker, and totally improved UX is being included in it as well. Also, users will be getting a new settings panel, while the new native Android app permissions has been included in the update, as claimed by the company. 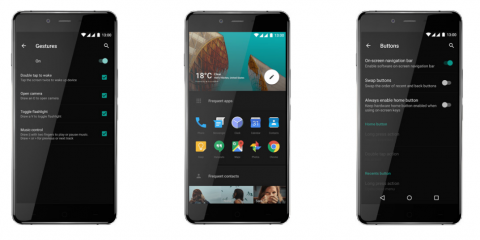 The new update also brings in a new Music Player by OnePlus, and the OnePlus Gallery, along with a new Alert Slider settings that is supposed to give more customizing options for the users, and as we already know, the October Android security patch, according to what has been announced in the company's forum thread.

To remind you, OnePlus X recently received an update to Oxygen OS 3.1.1 that also included September security patch and provided options to move apps to SD card along with other features. However, having said everything, one thing OnePlus X would not be getting as an update is the VoLTE support that is pretty much in demand nowadays, since the launch of Reliance Jio 4G in India.