Tablets may not be as popular as they used to be a few years ago. However, there is still a market for it, and Samsung wants a good share of it. The Korean brand has added the Galaxy Tab A to its 2016 line-up. The new 10-incher comes with the S Pen found on the Galaxy Note 7.

The 10-inch LCD screen has pixel dimensions of 1920x1200. As per the official product page, the tablet lacks OLED or IPS technology. The Galaxy Tab A is powered by an octa-core chipset clocked at 1.6 GHz processor. Samsung hasn't shed light on processor's make and other details. The tab has 3 GB, 32 GB internal storage, and a microSD card slot. Although you ideally shouldn't use a 10-inch tablet for photography, the tablet has an 8-megapixel camera. For video calls, there's a 2-megapixel snapper too. To keep the Tab A up and running, there's a 7300 mAh battery. On the software front, the tablet ships with Android 6.0 Marshmallow. The Samsung Galaxy Tab A (2016) with S Pen has been launched in South Korea. It is priced at 489,000 wons, which roughly translates to Rs 30,000. As of this writing, there's no word on its International release. 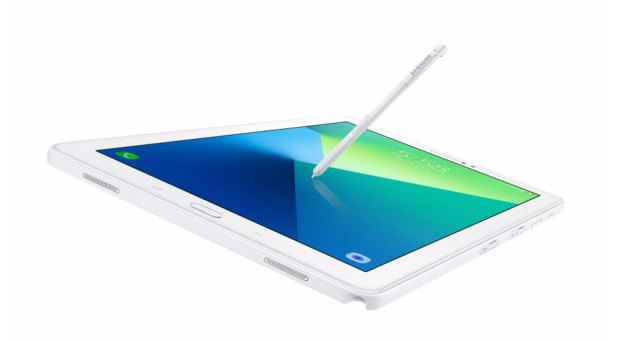