The Z-series handset boasts of a Full HD OLED screen and 16 megapixel camera. Held in Berlin, IFA is one of the biggest technology trade events in the world. While it kicks off on 2nd of September, some brands simply can't wait to unveil their fancy products in advance. Speaking of pre-IFA announcements, Lenovo showcased the much-hyped Moto Z Play in Germany.
Going by the press images, the handset adheres to Moto's signature design language for the Z series. It features a metal frame and distinct camera bump hinting at its camera prowess. Unlike the all-metal body of the Moto Z Force though, the new handset features a glass back. According to the Chinese manufacturer, the handset has a water-repellent nanocoating to help it withstand an accidental splash. 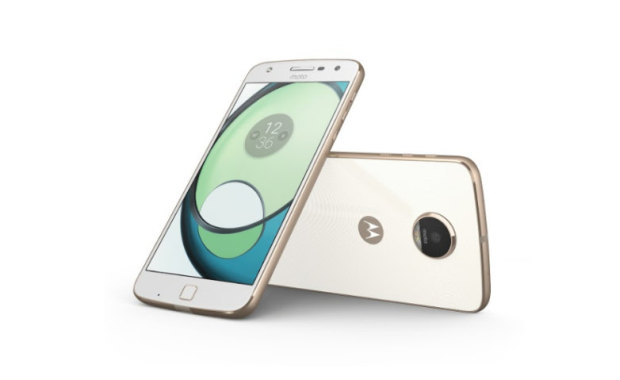 The highlight of the Moto X Play is its accessories dubbed as Moto Mods. Before you get all too excited, let me break it to you that this is nowhere near the idea of a modular phone. Lenovo is simply riding the buzz around the term 'mods'. In reality, these are snap-on covers with added functionality. Much like the ones that shipped with the Nokia Lumia 1020 in 2013. As of this writing, JBL SoundBoost speaker, Incipio offGRID power pack, and Insta-share projector add-ons can be purchased in the US. Hasselblad True Zoom mod will be joining the party soon. 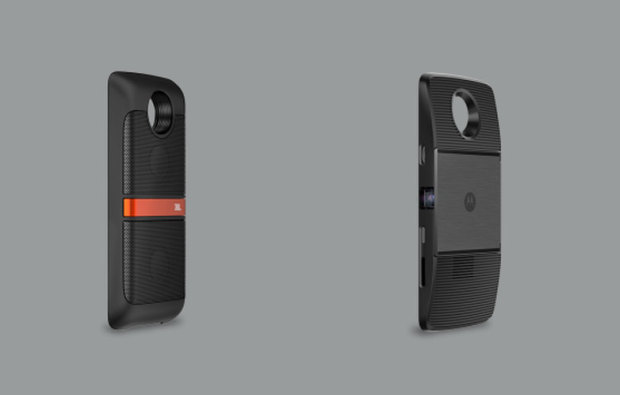 Rather than running the aimless specs race, Lenovo has gone with features that matter. The phone's 5.5-inch Full HD OLED screen may not sound impressive on paper. However, since OLED panels are self-illuminated they deliver rich colours and pure blacks. On the other hand, LCD screens found on most of the smartphones rely on LED backlight, which negatively affects colour reproduction and light uniformity.
The Moto Z Play is powered by Qualcomm's Snapdragon 625 SoC (System on Chip). The chip features an octa-core Cortex-A53 CPU and Adreno 506 GPU. The phone has 3 GB RAM and 32 GB internal storage. The prominent 16-megapixel camera sensor is paired with dual LED flash. However, the camera assembly lacks OIS (Optical Image Stabisation). For narcissists, the handset is equipped with a 5-megapixel front-facing snapper with an LED flash.

Other notable features include the fingerprint sensor and 3510 mAh battery with Turbo charging. Unlike the Moto Z that replaced the 3.5 mm jack with USB type-C audio out port, the Moto Z Play will be going with the universal standard. The Moto Z Play will launch in coming weeks. In the US, it is priced at $450 (approx Rs 30,000). With such pricing, it will be locking horns with the likes of OnePlus 3 and Xiaomi Mi 5.