It was in 1991, that a frustrated Linus Torvalds started writing code for his own OS, eventually called Linux, that changed the way open source and high-end computing would be for the future. 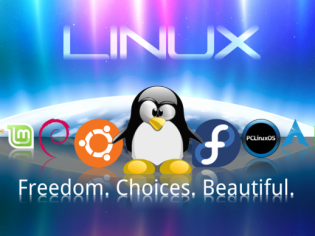 Sometimes making something from scratch with one's own abilities, can have it's own benefits. In case of Linus Torvalds, it certain did, with having an OS being named after him. In 1991, as a student of the University of Helsinki, Linus was frustrated with the licensing issues of the Minix OS (an Unix based OS), and hence started writing his own code for a new OS. He even went on to state later, that had the GNU kernel existed at that time in 1991, he may not even have written the code for Linux, but then history took it's course, and out came perhaps the world's most prominent statement of open-source computing, Linux OS. That journey from 1991 till date, has completed 25 exciting and challenging years. Happy Birthday, Linux!

The operating system which has been identified with the trademark penguin logo, luckily or unluckily, got transported to more varied computer hardware than any other OS in the world, including those running Windows and Mac OS, as the dual booting option. Also, with the popularity of the Android OS , which is partly based on Linux, has made the latter the largest installed base of all general purpose operating systems. As per HT, Linux is also the leading operating system on servers and other big iron systems such as mainframe computers and virtually all fastest supercomputers, but is used on only around 2.3% of desktop computers when not including Chrome OS, which has about 5% of the overall and nearly 20% of the sub-$300 notebook sales.

On the occasion of the 25th birthday of Linux, here are some interesting facts about Linux:

2) The Linux kernel is by far the most active open source project on Earth. Its accepts an average of 185 patches each day.

3) It’s taken about 41,000 person-years to build Linux — the equivalent of about $5 billion in developer salary.

4) The Linux Foundation pays Linus $10 million per year to continue his work on Linux. His net worth is $150 million.

5) While Linus was serving as in the Finnish military — doing ballistics calculations — he bought a copy of Andrew Tanenbaum’s Operating Systems: Design and Implementation. This book described Minix — a simplified educational version of Unix — and opened Linus’s eyes to the Unix philosophy.

6) Even though Torvalds wrote 100% of Linux’s first release, his original contributions now account for less than 1% of its total codebase. These days he says he’s too busy merging in code written by other contributors to do much programming himself.

8) Other famous software icons like Bill Gates and Mark Zuckerberg dropped out of college to pursue their projects full-time. Linus not only continued school after the initial success of Linux — he even stuck around to get his masters in computer science.

9) Even though Linus created Git, he doesn’t accept pull requests through GitHub. Linux is listed on GitHub, though, and it has more than 35,000 stars.

10) 97% of the world’s supercomputers run on Linux — including clusters used by NASA.

11) SpaceX uses a special fault-tolerant design of Linux in each of its Merlin rocket engines. Through this, Linux has helped complete 32 space missions.

12) In 2009, the government of Munich, Germany switched from Windows to Linux. They claim to have saved more than €10 million in software licensing fees so far. But the switch may have cost them that much or more in lost productivity.

14) Is Linux the king of the world? Titanic was the first feature film produced on Linux servers.

15) Even though video game developer Valve’s founder Gabe Newell has publicly stated that he thinks Linux is the future of gaming, his company’s Linux-based Steam Machine console flopped. Fewer people use Linux for gaming today than did in 2010.

16) Dronecode is Linux for Drones. About 1,000 companies develop drone services that run on top of this operating system.

18) Linux is available in many distributions, or 'distros.' Most distros are based off of other distros. The most popular distro is Ubuntu, which is based off of Debian.