Aims to cross the 1 million user milestone in India within 12 months of operations. 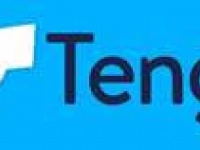 ‘Tengi - The Chat App That Gives Back’ today announced a significant milestone in its Indian journey. The newly launched chat application has crossed three hundred thousand downloads within three months of its rollout in India. Tengi was introduced to India in April this year.

Tengi, the chat app with a social conscience, has pledged to give back at least 50% of its advertising revenues to users every week. Since its launch in April this year, ‘the chat app that gives back’ has paid out INR4,35,53,292 in prize money through its weekly prizes. So far over 48,000 winners have been recipients of this prize money.

Packed with features including messaging, audio messaging and group chats with up to 100 friends, Tengi also allows users to add their Facebook friends without having to access their phone number from the contacts list.

Currently attracting over 6000 downloads a day, Tengi is on course to crossing the million user mark by April 2017.

Commenting on the exciting news from India Neil Laycock, CEO Tengi said, “We are very happy to be in India and are overwhelmed by the response that Tengi has received in the short 3 months that we’ve been here! India is the world’s fastest growing smartphone market and it makes incredible sense for us to be part of this exciting growth and energy. Going forward we’re on track to crossing a million users before April 2017. We also have some really interesting plans lined up for India including new features, language updates and an even more enhanced user experience.”

Kit Lewis, Chief Architect, Tengi further added, “We felt it was time for an entirely new approach to the messaging industry. Tengi is about being free, fair and fun, with a strong focus on consumers. We believe that everyone who uses our service has a value, and in contrast to other chat or social media services, we want to share this value with our users - to give back to our community no less than 50% of the revenue we’ve earned, as prizes in our weekly free prize draw. With Tengi, sharing the value becomes a weekly event that’s exciting for users and their friends, and gives everyone something to chat about!”

With regards to its weekly cash prizes and user engagement Tengi adheres to these principles: Winners are picked completely at random and Tengi will always give away at least 50% of all advertising revenue with no hidden costs or pre-conditions. Tengi will never sell user data to anyone / any third party. Tengi does not analyse users’ messages to help target adverts. Tengi is always completely transparent with its users.