Google To Phase Out Chrome Apps For Windows, Mac & Linux

New Chrome apps will only be available to users on Chrome OS starting late 2016. 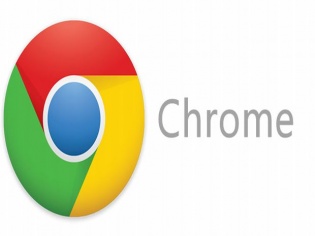 Google's Chrome browser has supported stand-alone apps on Mac, Windows and Linux since about 2013, but the company has now decided to end the support for Chrome apps for Linux, Mac and Windows in a phase manner. The new Chrome apps will be available on Chrome OS starting later this year. The Chrome apps include – Google Drive, Google Store, Calendar, Google news, Google Docs, Sheets, and more. Most of these apps are already hosted as regular web apps.
choWhile Goggle says that the move is an effort to simplify Chrome, but analysts say that with the advancements of the open web, Google might have felt no real place or need for Chrome apps. Google says that a very tiny percentage of people are actively using Chrome apps.
“Today, approximately 1 percent of users on Windows, Mac and Linux actively use Chrome packaged apps. All types of Chrome apps will remain supported and maintained on Chrome OS for the foreseeable future. Additional enhancements to the Chrome apps platform will apply only to Chrome OS devices, including kiosks. Developers can continue to build Chrome apps (or Android apps) for Chrome OS,” said Rahul Roy-Chowdhury, VP Product Management at Google Chrome, in a blog post.
According to the post, the Chrome apps that have been developed until that date will remain accessible to users across all platforms, with developers having continued access to update them.
“Starting in late 2016, newly-published Chrome apps will only be available to users on Chrome OS. Existing Chrome apps will remain accessible on all platforms, and developers can continue to update them. In the second half of 2017, the Chrome Web Store will no longer show Chrome apps on Windows, Mac, and Linux, but will continue to surface extensions and themes. In early 2018, users on these platforms will no longer be able to load Chrome apps,” Chowdhury added in the post.
The phase-out gives developers about a year and a half to figure out how to migrate their applications away from the Chrome browser. Users will be able to keep using the web app after the transition, but completely through the web.
“On Windows, Mac, and Linux, we encourage developers to migrate their Chrome apps to the web. Developers who can’t fully move their apps to the web can help us prioritize new APIs to fill the gaps left by Chrome apps. In the short term, they can also consider using a Chrome extension or platforms such as Electron or NW.js”, the post stated.
Previously, Google had shut down its Native Client technology, which briefly hosted games like Bastion in Google Chrome, and allowed developers to publish their games in the browser as well as on Steam.
(Image Courtesy:tech.thaivisa.com)