The new OS will be able to run smart home devices to smartphones to Google’s own OS for the Internet of Things. 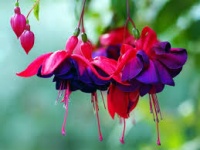 Google is working on a new operating system, and it is speculated that the new OS named Fuchsia would possibly replace Android and Chrome! On GoogleGit the description of the new OS is stated as “Pink + Purple” = Fuchsia. What makes this new OS extremely intriguing is that it does not use the Linux kernel which was the soul to Android and Chrome.

Although Google has not made any official announcements or statements yet, Fuchsia’s presence has been seen on Google’s code depositary and GoogleGit. The new OS will power smartphones, computers and Internet of Things. Last year, reports stated that tech giant Google would merge Android and Chrome into a single operating system. The Verge had then confirmed the same and had also reported that the merged OS would be slated for a 2017 launch.

Android Police has reported that the new OS Fuchsia is powered by  Magenta kernel which is based on a project called “LittleKernel”, and that the new OS will support support for both 32-bit and 64-bit ARM CPUs, as well as 64-bit PCs. As the details on GoogleGit, Magenta targets modern phones and modern personal computers with fast processors, non-trivial amounts of ram with arbitrary peripherals doing open ended computation.