Home » News » AI Go Champion May One Day Save Lives

AI Go Champion May One Day Save Lives | TechTree.com

AI Go Champion May One Day Save Lives

Researchers eye health care as next frontier for Google DeepMind. 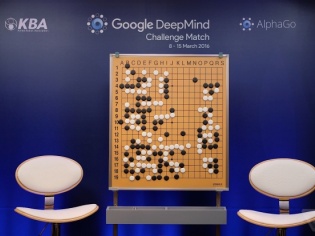 Google DeepMind’s AlphaGo system defeated South Korean Go champion Lee Se-dol in March this year. Now, one of the lead architects behind the AI system, Google researcher David Silver believes that the technology’s capabilities should be expanded to include human health care.

"We'd like to use these technologies to have a positive impact in the real world," Silver told an audience of AI researchers at the International Joint Conference on Artificial Intelligence in New York on Tuesday.

Go is a traditional Japanese board game with more possible board combinations than there are atoms in the universe. An immensely complex game, it has long been considered the ultimate challenge to AI. AlphaGo’s training in the game was first carried out using expert human moves, then with millions of self-played games. Its moves against Se-dol were termed ‘creative’, meaning that they didn’t derive strictly from its training material.

Many of the advances in AI that permitted AlphaGo to achieve what it did in Go could also help it succeed in health care. Rather than sheer computational force, AlphaGo's approach is based on convolutional neural networks and reinforcement, allowing it to essentially teach itself over time.

Reinforcement learning was for a long time considered "a nice pipe dream," Silver said. "Now it feels like these methods really work. That's a real change. We can now look around at many many different domains. We're by no means done with AlphaGo."